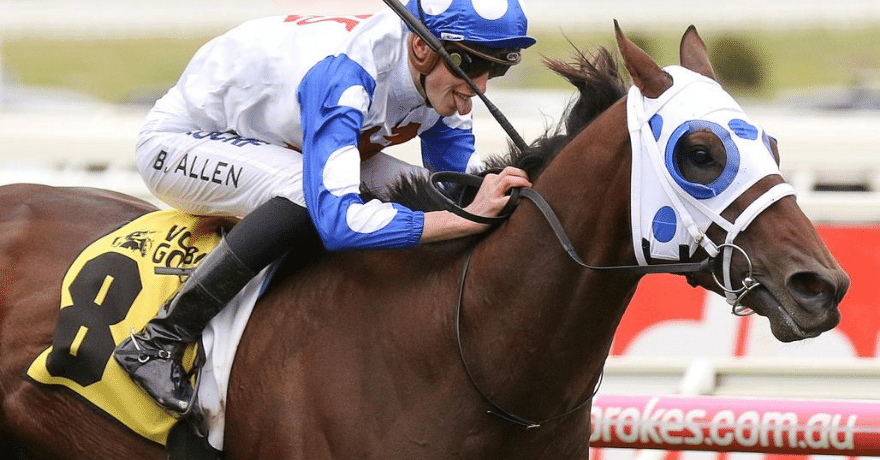 In his past two preparations Mr Quickie has started off his campaigns in the Group One Makybe Diva Stakes and the All-Star Mile, respectively.

But heading into this spring with the 2019 Group One Queensland Derby winner, trainer Phillip Stokes is looking to likely take a different approach to the start of the gelding’s preparation.

Mr Quickie did not win during the 2019-20 season, but he was an eye-catching third first-up last spring in the Group One Makybe Diva Stakes at Flemington and then runner-up in the Moonee Valley Gold Cup later that year.

He was a luckless 11th in last spring’s Caulfield Cup while his three-run autumn preparation resulted in two unplaced runs in the $5 million All-Star Mile and Group One Doncaster Mile before a second in the VOBIS Gold Heath as the short-priced favourite at Caulfield in April.

Mr Quickie had a jump-out at Pakenham last week and Stokes is planning to likely start off the gelding’s spring campaign in a 1400m handicap after he has two more jump-outs in the coming weeks.

“We’re just going to start him off in a lower rating race just to try to get him back winning again,” Stokes said.

“He’ll obviously be nominated for Caulfield Cups and all that but he will only go there if his form warrants it.

“Last time in he started off first-up in the All-Star Mile and wasn’t beaten that far, but we’re going to just lower the expectations and maybe just start him off in an open handicap this time around and work it out after that.

“He looks fantastic. He had a very soft jump-out at Pakenham on Wednesday and he’ll have two more of those and we’ll have him nice and forward for a 1400-metre race at Caulfield.”

Stokes, however, is still convinced Mr Quickie is capable of making his mark in some feature races during spring.

“He’s a backmarker that needs luck, and doesn’t always get it.”

Stokes believes his stable has some nice young horses heading into the new season including Thousand Guineas hopeful Instant Celebrity who has impressed in her two wins in Adelaide including the recent Listed Oaklands Plate.

Stokes rates Savannah Cloud, who placed in his only two starts during winter in Melbourne, as another rising three-year-old with a bright future.